I am writing these words to inform you where our Church is lately, because most people are not informed by their shepherds.

Our Church leaders, prelates of different titles (patriarchs, archbishops, metropolitans and bishops) have abandoned the faith of our Fathers.

Four Autocephalous (independent) Orthodox Churches did not participate in this pseudo-Synod of Crete, while two of these, the Churches of Bulgaria and Georgia, condemned its decisions. The Orthodox Church is being torn in two.

The worst is that our Patriarch and all the bishops that follow him want to unite with those other “Churches,” without first being united in the same faith. This would mean that the struggles of our Fathers were in vain.

According to our Patriarch, the differences that exist between us, which the Holy Synods of the Church have condemned, no longer prevent us from uniting. 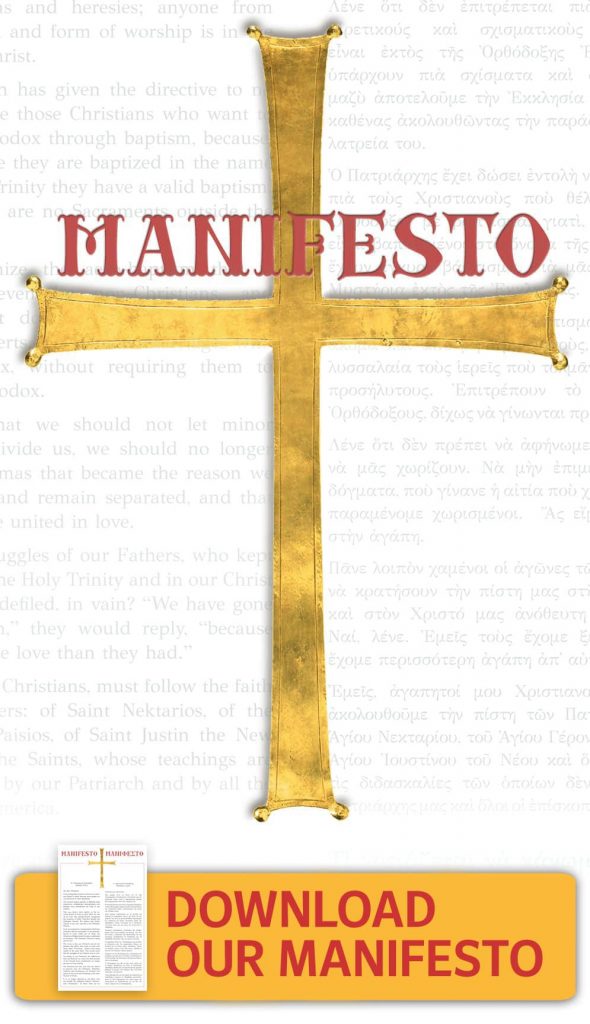 It is no longer allowed to call those who are outside the Orthodox Church “heretics” and “schismatics.” To them, there are no more schisms and heresies; anyone from any tradition and form of worship is in the Church of Christ.

The Patriarch has given the directive to no longer receive those Christians who want to become Orthodox through baptism, because, he says, since they are baptized in the name of the Holy Trinity they have a valid baptism. For us there are no Sacraments outside the Church.

They recognize the aero-baptism that is performed even by non-Christians, and fiercely hunt down priests who dare to baptize converts. They allow marriages with non-Orthodox, without requiring them to become Orthodox.

Were the struggles of our Fathers, who kept our faith in the Holy Trinity and in our Christ pure and undefiled, in vain? “We have gone beyond them," they would reply, "because we have more love than they had.”

We, my dear Christians, must follow the faith of our Fathers: of Saint Nektarios, of the holy Elder Paisios, of Saint Justin the New and of all the Saints, whose teachings are not followed by our Patriarch and by all the bishops in America.

What do we need to do