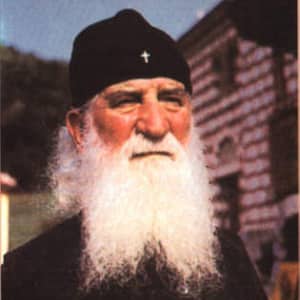 One of the Devil’s tentacles

“The devil spread three tentacles tο capture the whole world. The rich to catch them with Masonry, the poor with communism and the religious with ecumenism.”

Ecumenism: Led by the Papacy 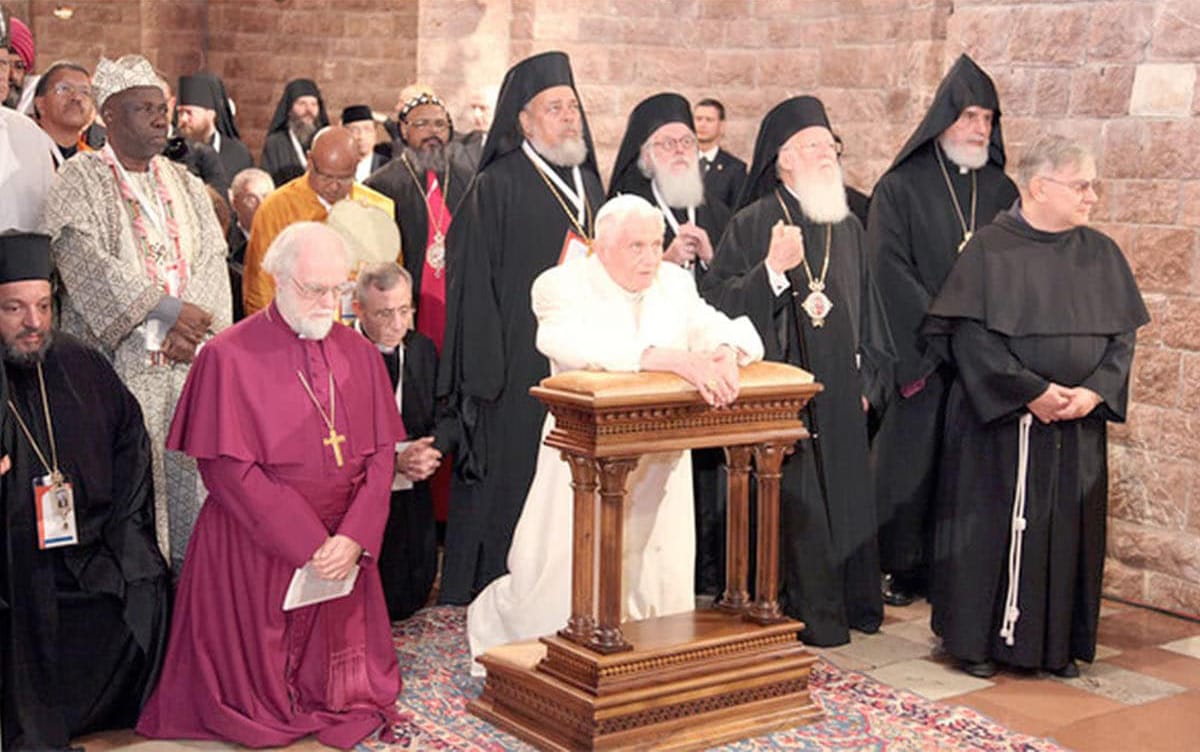 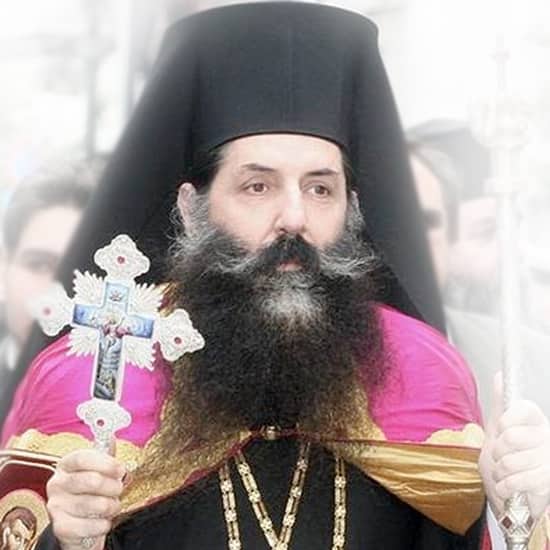 “The Satan-led and fetid pan-heresy of Ecumenism adopts and legitimizes all heresies as “churches” and attacks the uniqueness, exclusivity and dogma of the One, Holy, Catholic and Apostolic Church. A new doctrine of the Church has now grown, is being taught and is imposed by the Ecumenists; a new ecclesiology, according to which no group can claim exclusively the character of “Catholic and true Church”—whether heretics, or even the Orthodox Church. Every heresy, even the Orthodox Church, is only a piece, a part of this new Ecumenist “church,” and not the entire Church. All together these heresies with the Orthodox Church compose the new Ecumenist Church.” 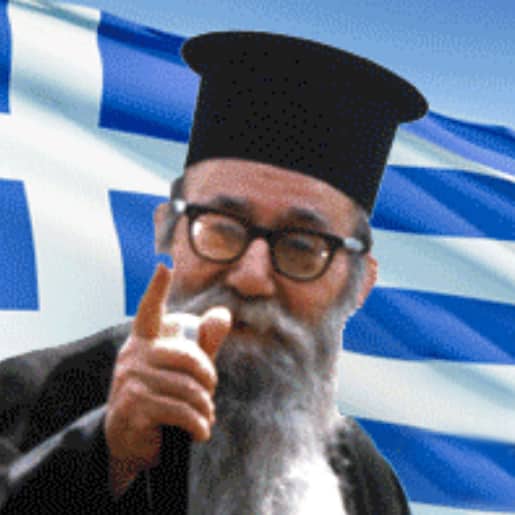 Ecumenism is a heresy that needs to be condemned

In answering the first question we say, that, if the primary cause for which Ecumenical Synods are convened, is heresy, there is truly a serious reason for an Ecumenical Synod to be convened. And this reason is: Besides other errors, or deceptions, and heresies, which must be condemned, there is also the heresy, which by a distinguished ever-memorable Heirarch of the Greek Church has called the heresy of heresies. It is a contemporary heresy of our days. The name of the heresy? Ecumenism. The followers of Ecumenism think, that the truth from revelation is not found fully in one Church or in one Religion or in one philosophical system, but that it is found spread about more or less in all the Churches and in all the Religions and in all the philosophical systems. And consequently Orthodoxy is not able to say, according to them, that She possesses from revelation the whole truth, that she is “the pillar and ground of truth”, the treasure chest of the word of God, the clear and never failing source, towards which only, nations and peoples must turn to draw the living and changing water.

Not accepting the uniqueness of Orthodoxy the followers of Ecumenism turn also towards other wells, cloudy ones, towards broken wells according to the prophet. The followers of Ecumenism, to make easier, as they say, the creation of the brotherhood of all peoples under a common roof, they tend, through the mixing of various elements, to create a new Religion or rather a Super-religion, a mixture of truths and falsehoods, whose taste is pleasant in the palates of the people of various ideologies and apprehensions. Ecumenism is a revival of an old current, of Syncretism, in which our ancient progenitors and other peoples, doubting with regard to the truths of their Religions, tried to extinguish their metaphysical thirst, inasmuch as in this current of Syncretism there came together and united many small currents of various views.

Unfortunately from Ecumenism not a few have been attacked even from among the Orthodox, clergy and laity, theologians and not, and even monks. The itch of Ecumenism has reached even Mount Athos… Remember what at times the mellifluous mouths of mega-schema representatives of the Ecumenical Patriarchate vomit out, who according to their understanding interpret even that title of the Patriarchate.

Those who are attacked from the contagion of Ecumenism have spiritual daltonism [color blindness]. They don’t distinguish the differences between the Orthodox Church, heterodox, and even of those of other religions. These people only see similarities. And for the sake of similarities they call all to unite all the faiths and to become one! And they become wrathful and get all riled up if someone dares and reminds them of dogmatic differences and that a great chasm stands between Orthodox, heterodox and those of other religions, and that it is extremely dangerous to attempt lightning fast jumps. In Ecumenism Orthodoxy loses its color and its aroma, the blood and the fragrance of Christ.

The danger coming from Ecumenism is unimaginable. And only for the condemnation of Ecumenism as a frightful heresy ravaging all of Orthodoxy it is necessary for an Ecumenical Synod to be convened.” 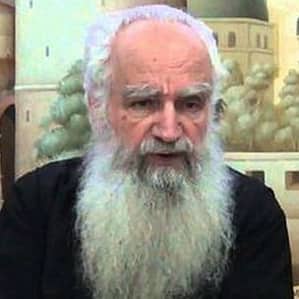 “Ecumenism confounds everything. It does not believe that there is Orthodoxy; that there is Truth for which the Saints and Fathers struggled from the time of the Apostles. The Apostles were the first to struggle to preserve the faith, and then after them the Holy Fathers did likewise… Do you see how frightful a thing this is? The Holy Fathers as far back as the era of the Apostles, struggled so manfully… If we look at the New Testament, we will see that the Apostles themselves spoke about false shepherds, of wolves in sheep’s clothing, of heretics even in the New Testament.”

+ Fr. Theodore Zisis, The Recent History of Ecumenism and the Struggle for Orthodoxy 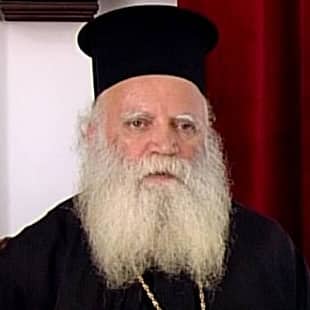 Ecumenism works against the Church’s mission

“For nineteen centuries the One, Holy, Catholic and Apostolic Church has refused to name various heretical Christian communities as Christian Churches… We do not abandon those abiding in the darkness of heresy and malicious intentions to find rest in their confusions and spiritual darkness, but we remind them of the words of the Lord: “And ye shall know the truth, and the truth shall make you free” (Jn. 8:32)… Are we not hiding the truth and light of Christ from them? Won’t we, the Orthodox, answer on the day of judgment for constructing this spiritual tower of Babel and concealing the saving Truth of God?” 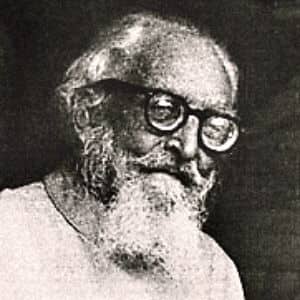 Dialogue is no longer justified

“The question of the Church has become a real one in our days also, but now it has a broader scope. Although the “ecumenical movement” of recent times is occupied not with the question of the unity of faith, but with the aim of participating in the proposed plan of an epochal reconstruction of human society – still, sooner or later, the question of the foundations and scope of Christian faith in this attempt at union will have to arise. It is our obligation to show why this movement cannot be justified. But we ourselves will not be completely justified if we descend from the breadth of the Orthodox world-view, with all its fullness, to a narrow platform of conceptions and, most importantly, to Western conceptions of the Church. At one time it was permissible and harmless for the representatives of our church history and theology, when entering into dialogue with Protestantism, to descend to its narrow platform: but in present circumstances this is no longer justified.”

Protopresbyter Michael Pomazansky, “Is there an Invisible Church?”

Those who attack the Church of Christ by teaching that Christ’s Church is divided into so-called “branches” which differ in doctrine and way of life, or that the Church does not exist visibly, but will be formed in the future when all “branches” or sects or denominations, and even religions will be united into one body; and who do not distinguish the priesthood and mysteries of the Church from those of the heretics, but say that the baptism and eucharist of heretics is effectual for salvation; therefore, to those who knowingly have communion with these aforementioned heretics or who advocate, disseminate, or defend their new heresy of Ecumenism under the pretext of brotherly love or the supposed unification of separated Christians, Anathema!

—Synod of Bishops of the Russian Orthodox Church Outside of Russia, Department of Foreign Relations, 1985, Newsletter, Issues 36-50, p. 47. Added to the Rite of the Triumph of Orthodoxy. Source

Whoever is with the Ecumenical Patriarch Bartholomew agrees with what he believes.

Do you believe in what he believes?

If we want to follow our Saints, we must ask the condemnation and deposition of Patriarch Bartholomew and all Ecumenist bishops who prey on the flock of our Christ, if they don’t repent.