“UNITY OF ALL”: Who are we praying for?

The following post is comprised of excerpts from The Heavenly Banquet: Understanding the Divine Liturgy, pp. 79-80 and 302) 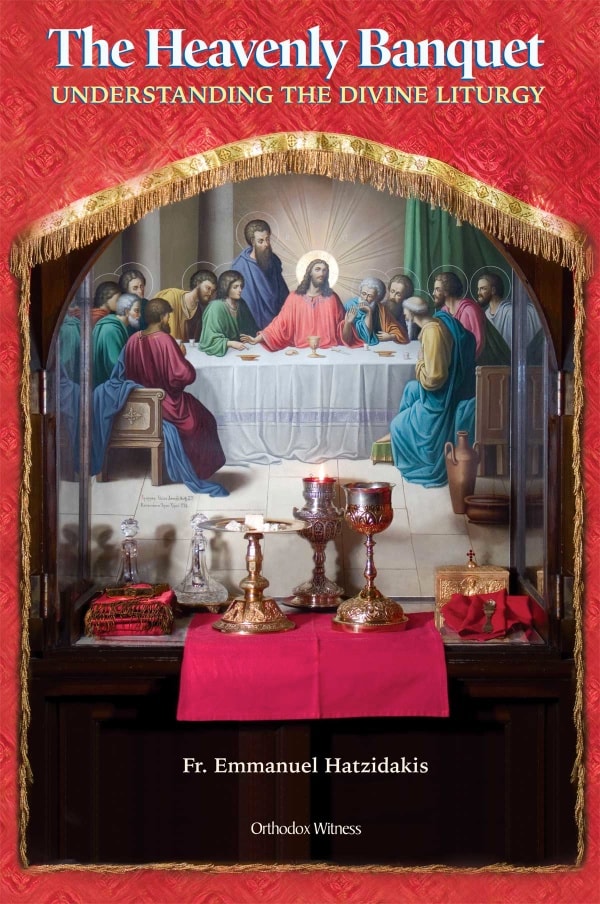 Cover of The Heavenly Banquet.

By “all,” we should understand “all Orthodox Christians.” This is the context of the petition. As the local churches [for which we prayed in the previous petition] remain stable in the faith, so the faithful members of such churches may remain united, along the lines listed by the Apostle Paul (Eph. 4:4-6).

In the Liturgy of St. Basil we pray: “Unite us all to one another who become partakers of the one Bread and the Cup in the communion of the one Holy Spirit.” The unity for which we pray is the unity among the members of the Church of Christ, the Orthodox Church. Christ prayed that His followers “may be perfectly one” (John 17:23), that those who have believed in Him may remain united with Him, and thus with one another.

Rendering (the original Greek osi in John 17:23) as “become” (as it has been rendered by certain commentators), attempts to give to the liturgical text and to the words of the Lord a totally different meaning. The Lord’s “Sacerdotal” Prayer is about those who have already believed in Him (John 17:8). He clearly says: “I pray for them; I do not pray for the world, but for those You have given Me” (John 17:9). His prayer includes all those who will believe in Him in the future, so “that they may all be one” (John 17:21).

The petition [before the Lord’s Prayer] says: “having prayed for the unity of the Faith.” When did we pray for it? We have prayed repeatedly for unity: to offer our common and united prayers (Prayer of the Third Antiphon, p. 121), to confess with one mind our faith (petition before the Creed, p. 198), and at the conclusion of the Anaphora Prayer (p. 233). Obviously it also refers to the Creed, that we may always declare our Faith in unity.

In his letter to the Ephesians the Apostle Paul stresses the necessity of maintaining unity in the Church, “endeavoring to keep the unity of the spirit” (Eph. 4:3), “until we all come to the unity of the faith” (Eph. 4:13). St. Jude too exhorts us “to contend earnestly for the faith which was once for all delivered to the saints” (Jude 3). We should do everything in our power to maintain the unity of our precious faith.

Therefore, the unity referred to is the oneness in Christ that the members of the various local churches must maintain, manifested in the peace, love and harmony they display for one another.